Vladimir Zhirinovsky: “not one vote for the Communists!”

Moscow, September 12, 2018 — REGNUM. In the Single voting day on September 9 in 80 Russian regions have passed elections of various level, including in 22 subjects, elections were held for governors, in 16 regions — members of the legislative Assembly, 12 — city councils of regional centers. 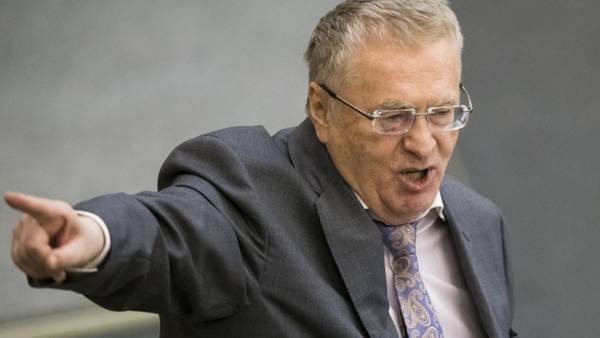 Additional elections to the state Duma were held in seven single-mandate constituencies. In four regions through the second round of gubernatorial elections is Khakassia, Vladimir oblast, Primorsky Krai and Khabarovsk Krai.

In the First channel to the voters, asked the leader of the liberal democratic party of Russia Vladimir Zhirinovsky.

“To you I have one request: you don’t have to support candidates from the Communist party, from the Communists — no credibility can not be — neither candidate in the second round, in any other election that we will have many more. And next year, and every year — are courageous and will not give any voice to the representatives of the Communist party. I’m sure in the second round the Communists will not pass as they will not go anywhere in our country. They are less and less, and the day will come when they will change the name, and we’ll forget this as a black nightmare,” said Vladimir Zhirinovsky.

As reported earlier by IA REGNUM, Viktor Zimin, who headed the Republic since 2009, lost the election on 9 September, the candidate of the Communist party Valentin Konovalov. The Communists received 71 553 votes (44,81%) and United Russia Viktor Zimin supported 51 771 people (32,42%).