Japanese authorities intend to improve the conditions for resolving the longstanding territorial dispute with Russia and conclude a peace Treaty with broad public support of the peoples of the two countries. This was stated by Prime Minister of Japan Shinzo Abe at a meeting with businessmen at the Eastern economic forum, reports the Agency Kyodo. 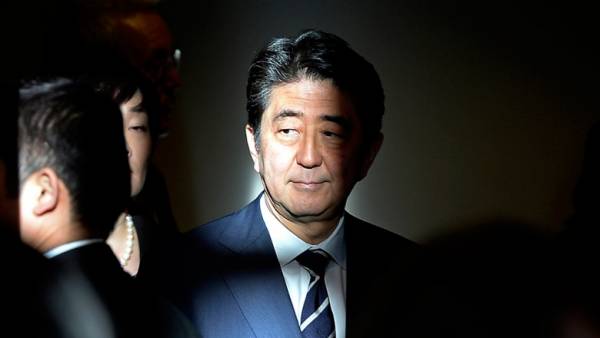 Abe announced his “firm intention” to promote the peace agreement “based on mutual recognition that cooperation between Japan and Russia will bring great results and improve the lives of people.” For the solution of the territorial issue, it is important to leave behind the mutual suspicions.

“I decided to overcome mutually hidden suspicions and make a step forward” (quoted by TASS), he said. Abe also said that a peace Treaty is necessary to “promote the understanding of residents of both countries on this issue and to establish atmosphere.”

On the eve of President of Russia Vladimir Putin suggested that Abe, who came to WEF, to conclude a peace Treaty without preconditions to end the year. The territorial dispute over the Kuril Islands it is proposed to postpone. “And then, on the basis of this peace Treaty, as friends, continue to resolve all disputed issues,” — Putin suggested.

20 Sep Abe the last time will participate in the elections of the President of the ruling Japanese liberal democratic party.