KYIV, September 12 — RIA Novosti. The appellate court of Kiev arrested shares in Prominvestbank (“daughter” VEB), Sberbank (a subsidiary of Sberbank of Russia) and “VTB Bank” (“daughter” of the Russian VTB) at the suit of the enterprises of businessman Igor Kolomoisky. The document published in the Unified registry of court decisions. 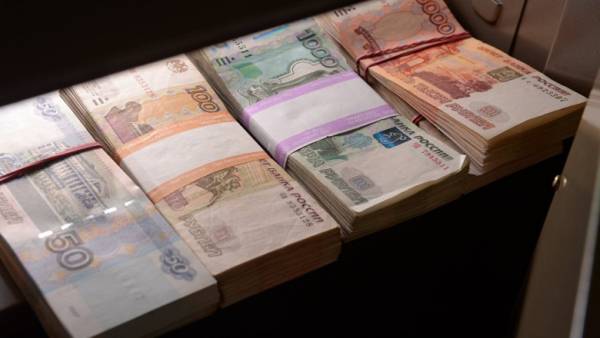 Kolomoysky’s company was required to recognize and execute the decision of arbitration court of the Hague dated the second of may, in the case of the recovery from Russia of compensation for lost real estate in Crimea. Among the plaintiffs — CHAO “AEROBUD”, “Privation”, “Prevalent”, “Everest estate”, LLC “Broadcasting company “Giz”, LLC “Krym development”, LLC “AMC “capital Finance”, LLC “AMC “Fiscal vector”. Only a suit filed by 19 companies.

The court also banned joint stock company “Raiffeisen Bank Aval is conducting any operations on account of the securities of Sberbank of Russia.

In addition, banks whose shares were arrested, forbidden to liquidate and reorganize a legal entity.The decision of the court of the Hague

Proceedings before the Permanent arbitration court on compensation of the losses of Ukrainian companies began in October 2016. Then Kiev was required to pay eight billion dollars. It was initiated by “Naftogaz” and “daughter”.

In may, the court in the Hague ordered Russia to compensate the Ukrainian side loss of Crimean assets. UNIAN was told that we are talking about the compensation already 159 million dollars for “violation of Ukrainian investors from 21 March 2014”.

Moscow, in turn, does not consider itself a party to the process. Russia was not represented in court and after the verdict has repeatedly stated that it will contest it.