Ukraine has deployed army group in the sea of Azov

Ukraine’s armed forces stepped up military presence in the sea of Azov. About this in his Facebook said the commander of Land forces of VSU the General-the Colonel Sergey Popko. 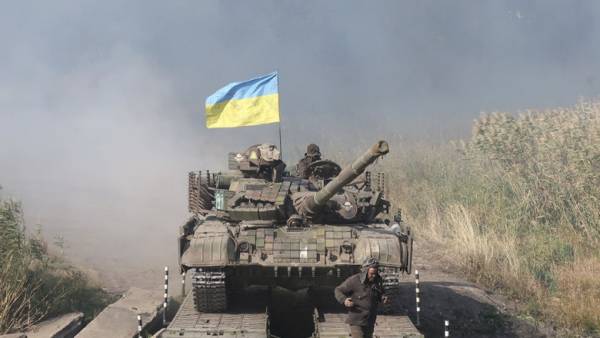 “In response to the aggressive actions of the Russian Federation in the sea of Azov, by decision of the General staff of the Armed Forces of Ukraine, strengthened the Armed Forces, including Ground troops, on the Azov direction. Measures to ensure full control of the situation in the region, supporting the actions of the naval group, to ensure reliable defense of the sea coast” — he wrote.

On 9 September the naval forces of Ukraine started to transfer to the sea of Azov small armored artillery boats. The edition “Ukrainian military portal” writes that all will be sent three of these ships, and before the end of the current year in Azov is a full-fledged base of the Ukrainian Navy.

About Kiev plans to increase the grouping of the ships in the sea of Azov was announced in late August. Ukrainian authorities say they see the threat of the military-economic blockade by Russia.