The United States decided not to allow Russian aircraft Tu-214ON before the flight, provided for in the Treaty on open skies. 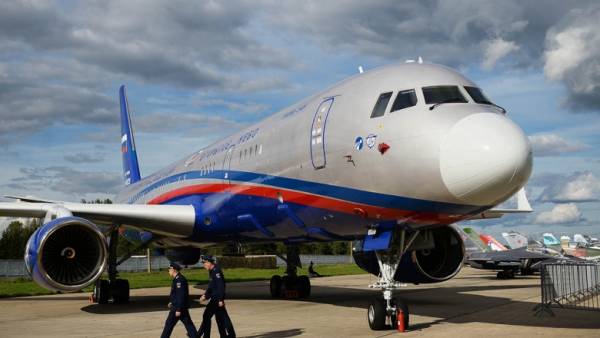 About it the head of the National centre for nuclear threat reduction Sergey Ryzhkov said in an interview with “Krasnaya Zvezda”.

As noted, representatives of the signatory countries were present at the examination of the aircraft, which took place from 2 to 11 September this year at the airbase Kubinka. Representatives of 22 countries signed a document authorizing the Tu-214ON to fly over their territories with the Supervisory objectives.

“However, the head of the American delegation, in violation of the requirements of the Treaty on open skies, with no explanation and giving any reasons, refused to sign the final document,” — said Ryzhkov.

He explained that the decision of the United States is due was obtained from of the country’s leadership instructions.

Earlier it was reported that in accordance with the provisions signed by the US President Donald trump, the American defense budget in 2019, the us decided to freeze cooperation with Russia under the Treaty on open skies.