The nun from the Italian province of Rieti got in an accident trying to avoid meeting with a black cat. 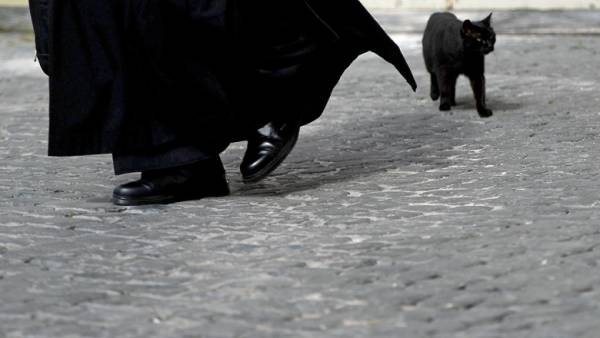 As reported according to Il Messaggero, the woman, who was driving a Renault Clio, I noticed the road a black cat, and turned sharply into the street of via degli Violence, which crashed into a parked car. After the collision, the car flew into the gate standing next to a house and caught fire.

Arrived at the scene of the accident, the doctors gave the victim first aid. Later she admitted she believes in omens and their actions tried to avoid “bad-luck” animals. The cat was not injured.