State Department: US does not accuse Russia of involvement in acoustic attacks on Cuba

WASHINGTON, 11 Sep — RIA Novosti. The official representative of US state Department Heather Nauert encouraged to be skeptical of the publications about the alleged involvement of Russia to the “acoustic attack” on American diplomats in Cuba and in China. 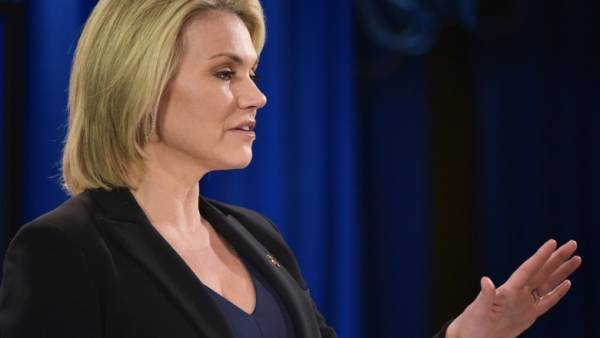 Earlier, NBC News, citing unnamed sources reported that the United States suspect that the acoustic impact on American diplomats in Cuba and China, which led to health problems they might be Russia.

According to Nauert, today has no established cause, no responsible person or group.

According to the American side, workers of the embassies of Canada and the United States in Cuba had been “attacked” with use of special devices from the end of 2016. And this took place at different times and in different places. Allegedly, the victims had serious health problems. At the end of September 2017, the state Department issued a warning, which listed victims had such symptoms as hearing loss, headache, weakness, poor sleep.