MOSCOW, 11 Sep — RIA Novosti. The head of Chechnya, Ramzan Kadyrov, said that the Director of Regardie Viktor Zolotov his challenge to a duel Alexei Navalny acted like a real man. 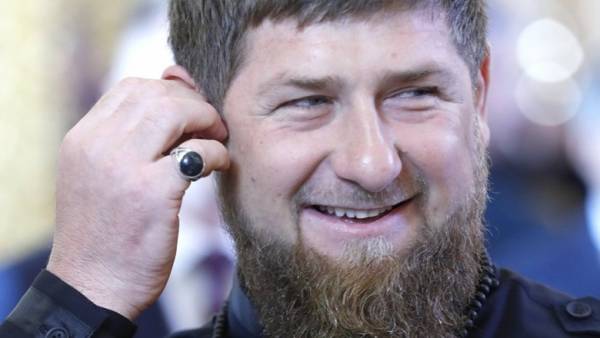 According to Kadyrov, the Russian made the right move, “defending his honor, the honor of the whole composition of Regardie, the honor of his state.”

The course of a Real Man, so long ago I had to do.Ramzan КадыровTelegram

The head of Chechnya said that “this man will not accept the call” and the question is “not so much physical training, as in the nobility and power of the spirit.” Gold in response to the FCO published allegations of violations of the Agency called Navalny to a duel, promising to turn that in “steak”.

In a publication led by the Bulk of the “Fund of struggle against corruption” it is alleged that the products for the needs of the departments supposedly are purchased at prices significantly above market. Prices, according to the FCO, increased after the end of last year exclusive right to deliver the products to Regardie got a meat-packing plant “Friendship of peoples”.

Against me you made offensive, defamatory reflections, in the military environment it is not accepted just to forgive. For centuries, the villain was beaten in the face, was challenged to a duel. Mr. Navalny, no one bothers to return at least part of these traditions, I mean satisfaction.Viktor Zolotov Director of Regardie

“I just challenge you to a match on the ring, Mat, or wherever it is I promise to make you a nice, juicy steak,” said the General.