The astronauts of the International space station (ISS) could not have willfully damaged the ship “Soyuz MS-09,” said American astronaut, commander of ISS crew Andrew Feustel ABC television. The head of state Corporation “Rosatom” Dmitry Rogozin said earlier that the hull of a ship intentionally damaged by the drill. 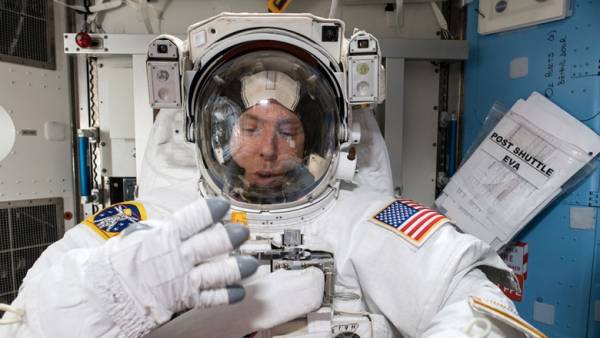 The astronaut said that the ISS crew promptly responded to the incident. “We have taken all measures necessary within the framework of the emergency response, set the location of the holes (in the hull of a ship.— “B”) and patched it,” said Andrew Feustel. After Troubleshooting, the astronauts returned to complete his work on the ISS, he added.

Cosmonaut Procopius showed how to patch a hole on the ISS

Interview with cosmonaut came on the eve of September 11. Later, “Kommersant” became known that the Commission of Roskosmos investigating the incident suspected that the hole in the hull of the “Union” could do American astronauts. They, according to Russian experts, could do it deliberately in order to Land one of their sick colleagues.

Roscosmos refused to comment on the information before the end of the work of the special Commission. The head of state Corporation Dmitry Rogozin said that “the spread of speculation and rumors around the incident on the ISS aimed at undermining the friendly relations in the team space station”.

Read more about the versions of what happened on the “Union” read the publication “Kommersant” “”Union” inviolable”.