In France arrested the vegans, who are suspected in the attacks on the butcher shop

In the French city of Lille, police arrested six activists-vegans on suspicion of assault on a fish and meat shop. On 12 September, AFP reported. 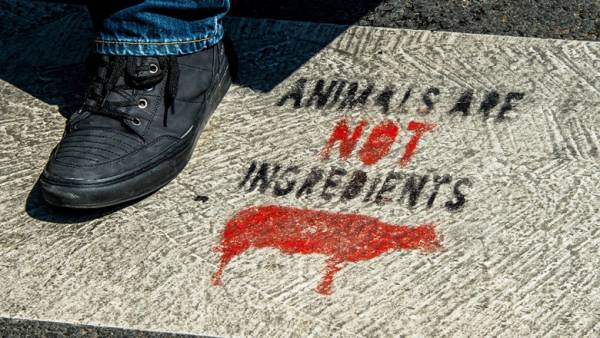 Attack on butcher shop in Lille occurred in may. Then, from may to August, the city had a few such cases: activists attacked shops, stores and restaurants. .

The vandalism occurred not only at Lille, but also in the communes of Toulouse, Villeneuve-d’ascq, Wambrechies, tells AFP. After the vandals left graffiti “Stop species discrimination.”

a Former vegan, she lost 54 pounds by eating raw meat

The Prosecutor’s office noted that the six detainees refused to testify. The Agency reported that one of the detainees, a 21-year-old girl, has gathered enough evidence of involvement in the attack on meat and fish stalls, as well as for a fast food restaurant. She must be brought before the court in mid-December. .

The AFP source said that compute the suspects succeeded on tests of DNA and the interception of telephone conversations. .

At the end of June members of the French Federation of butchers (CFBCT) appealed to the head of the interior Ministry with a request to protect them from the attacks of vandals. They called the behavior of the activists of the “form of terrorism” .

Since the beginning of 2018 CFBCT recorded a few dozen cases of vandalism butchers. .