Moscow. September 12. INTERFAX.RU — Deputy Prime Minister Yuri Borisov said that spreading unfounded information about the involvement of American astronauts to the depressurization of the spacecraft “Soyuz” is extremely dangerous. 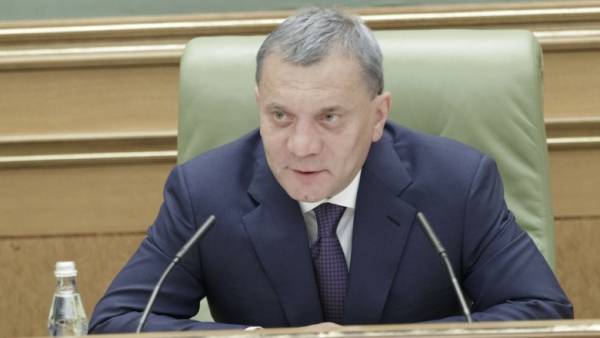 “It is completely unacceptable to cast aspersions on any of our astronauts, nor the American astronauts,” said Borisov reporters on Wednesday, commenting on the publication in the media.

The Commission works, and until you complete the investigation, to make such judgements in any case not need to wait for the final outcome of this work and to identify the nature of this hole. It is possible that the cause could be a manufacturing defect — versions, you can draw as many.Yuri Baranowice Prime Minister

“The fact remains — the pressure began to fall after several months of stay of the ship in space. The hole is very small, good that noticed the time and took the necessary measures,” — said Borisov.

He stressed that the international space station — “this is a team in which no political differences there can be.”

“Today, before the completion of the investigation to take shortcuts and look for witches, to put it mildly, short-sighted and dangerous,” — said Borisov.

The newspaper “Kommersant” reported on Wednesday, citing its own sources, that a special Commission of Roscosmos, who is investigating the incident with the depressurization of the spacecraft “Soyuz MS-09”, was chosen as the priority version of the intervention of American astronauts.