The West ignores the facts on preparing a provocation in Syria, the foreign Ministry said

MOSCOW, 11 Sep — RIA Novosti. RF provides specific facts about the preparation of provocation with chemical weapons in Syria, but the West ignores this, and the US Flex their muscles, said Russian Deputy foreign Minister Sergei Ryabkov. 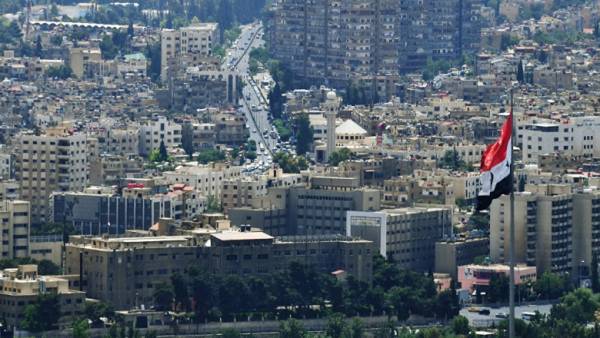 “We call the geographical point where preparations for implementation of provocations, we call the specific terrorist organizations that feed off the US and its allies, unfortunately, under the slogan of the antiterrorist struggle. We call scenarios that can be applied including using the notorious “White helmets” — said Ryabkov told reporters.

But alas, all these warnings and alerts are ignored again and again, our American colleagues Flex their muscles, have addressed the international community and the countries-guarantors, including mean Russia and Iran, thinly disguised threats and signals, essentially, blackmail. We take it easy and be ready for anything from the United States we have long been worked out.Sergey Raskovalova the Ministry of foreign Affairs of the Russian Federation

According to Ryabkov, Moscow sees in the behavior of the United States “all the more disturbing moments all the more alarming moments.”