The conflict Timati and Nurmagomedov has caused controversy in social networks

Rapper Timati criticized fighter of the mixed style of Habib Nurmagomedov for provoking a wave of threats from the residents of Dagestan, addressed to the signatories of the label Black Star and, in particular, pop singer Yegor creed, whose concert in the country was cancelled because of the promises of physical violence against him. The musician said the promotion Nurmagomedov such action is wrong and stupid. 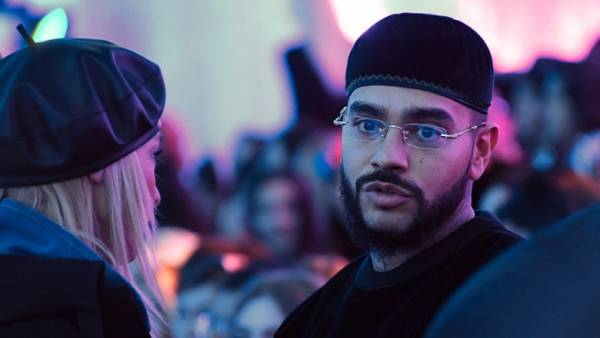 The founder of the label Black Star Timati said MMA fighter Habib Nurmagomedov, which provoked numerous threats to wards rapper from the residents of Dagestan, and also supported the cancellation of a concert by Yegor creed on the background of the unfriendly situation in the region.

“We need to respect the opinions of others. To support the wave that the artists should not come, because they don’t like you personally, is just wrong. We do not urge their fans not to walk on your fights or ignore any Federation. For me, it’s stupid,” wrote Timothy in his instagram.

Nurmagomedov has not commented on the statement of the singer. In the comments under the post Timati opinions were divided: some supported his position, others continued to insist that the work his players did not match their ideas of morality.

On 9 September in Dagestan was to take place a solo concert of signer Black Star Yegor creed, but in the end it was decided to cancel due to a large number of threats (including physical violence) that were reported to the contractor on the part of the Dagestanis. Most likely, it was provoked by the publication of unflattering Nurmagomedov on the performance of the Azerbaijani rap group HammAli & Navai.

Friends! The label Black Star officially apologizes in connection with the cancellation of concerts @doni.blackstar and @egorkreed in the Republic of Dagestan: ⠀ DONI – 08 Sep – Kaspiysk ⠀ Egor Krid – 09 Sep – Makhachkala ⠀ given the volatile situation on the ground, we don’t want to risk the safety of people wanting to go to the concert? Very sorry about the situation and I hope that in a short time the artists of the label will still be able to speak for our people in Dagestan?

During the download an error has occurred.About a month ago a soldier posted on instagram a video of how the visitors of the concert dancing and having fun, providing her with the comment: “Modern Dagestan. Unless it is bequeathed to us by the righteous predecessors.” View this post in Instagram

As a result, in social networks, the bullying started many musicians, mainly of representatives of the Black Star. When the news of the cancellation of the concert creed, Nurmagomedov is also not left behind and posted to instagram-a story in which he wrote: “a Small loss”.

The rejection of the event in Black Star has substantiated the impossibility to guarantee the safety of visitors.

“Given the volatile situation on the ground, we don’t want to risk the safety of people wanting to get to the concert. Very sorry about the situation and I hope that in a short time the artists of the label will still be able to speak for our people in Dagestan”, — stated in the message of the label.

Also cancelled was the concert of the rapper Doni in the city of Kaspiisk, which was to be held the day before.

Not so long ago Yegor Krid and Timothy appeared in the scandal center after staged an impromptu concert on the roof of the SUV in the center of Moscow, from-for which people completely blocked traffic on the Big Dmitrovka.