American intelligence believes that in the “acoustic” attacks on diplomats in China and Cuba may be to blame Russia. About it September 11, the NBC television reported, citing security sources. 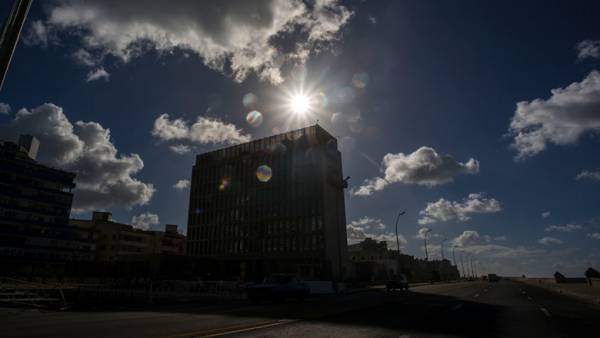 The Federal Bureau of investigation (FBI), Central intelligence Agency (CIA) and other government agencies of the USA are investigating the possible participation of the Kremlin in the attacks on American diplomats. The reason for this was the message that was intercepted by American intelligence.

The TV station said that this will be insufficient for formal accusations of the Kremlin in the attacks.

For the first time about the “acoustic attack” became known in August 2017. The staff of the American Embassy in Havana and members of their families from November 2016, complained of dizziness, nausea and even hearing loss. Only injured 26 people.

Us authorities believe that they used some kind of acoustic weapon. Later the FBI stated that sound waves could not cause such injuries, so the attackers allegedly used an EMP weapon.

The US President Donald trump said that Havana needs to take responsibility for these attacks. Cuba denies all charges. Washington does not exclude the participation of a third party, then under suspicion was Russia, Iran, North Korea, China and Venezuela.

In July 2018, the U.S. Department of state evacuated from China 14 diplomats. According to Secretary of state Mike Pompeo, a member of the diplomatic mission, who worked in Guangzhou, complained about “strange noises”. The symptoms were those of victims in Cuba.