Moscow. September 11. INTERFAX.RU — U.S. President Donald trump on Tuesday announced the introduction of a state of emergency in Virginia in connection with the approaching hurricane “Florence,” said the American newspaper the Hill. 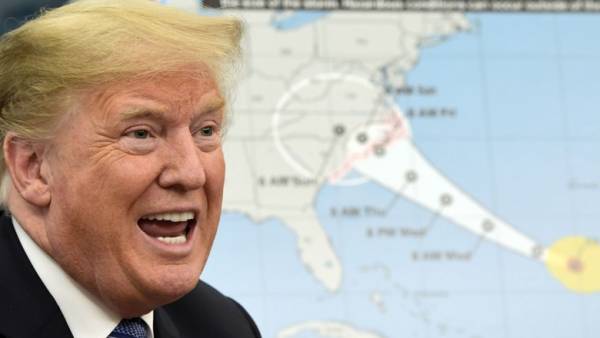 The announcement of state of emergency in Virginia was done in less than 24 hours after the imposition of emergency rule in the States of North and South Carolina.

The three States that declared a state of emergency, decided to evacuate residents of some areas in connection with the approaching storm.

Earlier Tuesday, trump said that the administration is “totally prepared” for a hurricane.

On the eve of the meteorological service of the USA has warned about the strengthening hurricane “Florence” approaching the East coast of the United States, before the storm of the fourth category.