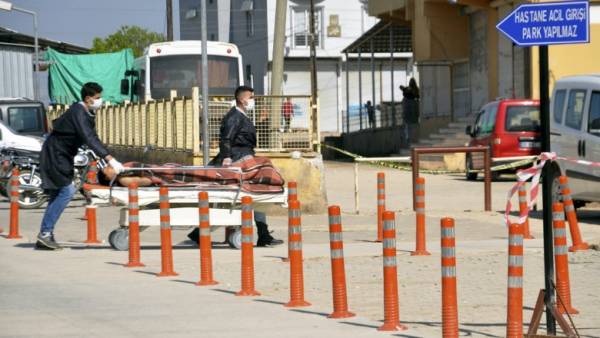 “According to the information received from the residents of Idlib province, currently in the village of Jisr al-Shughour are shooting a staged provocation alleged use by the Syrian army “chemical weapons” against the civilian population”, — stated in the message.

It is noted that in Jisr al-Shughour in the morning arrived, the crews of several middle Eastern TV channels, and also regional branch of a leading American news channel.

That the militants are preparing for new provocations staged a chemical attack that would serve as a pretext for missile attacks the US and its allies, in August, said the official representative of the defense Ministry major-General Igor Konashenkov. According to him, this deal with the militants of the terrorist group “Hayat Tahrir al-sham” (“dzhebhat an-Nusra”*). It was reported that they brought to Jisr al-Shughour eight tanks with chlorine.
The district has also transferred a group of militants, who studied the treatment of toxic substances under the supervision of the British private military company “olive”.