In Western Australia, miners discovered two huge stone interspersed with abundant Golden breed. Each of these stones is the first and rough estimates — millions of dollars. 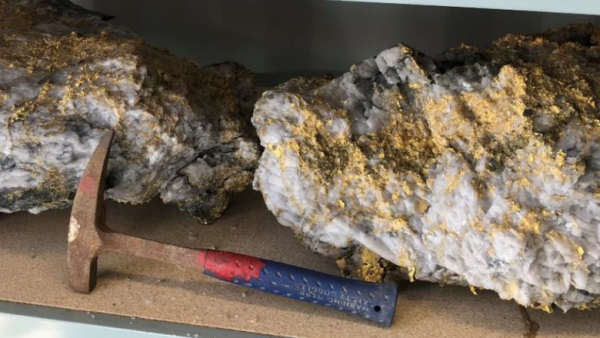 In the big, it weighs 95 kilograms, contains about 2,400 ounces of gold (above 70 kg), said the mining company Minerals RNC. The company said that last week from the mine near Kalgoorlie managed to get gold worth about $ 11 million.

Discovery of miners is estimated as very rare.

People still find nuggets on the territory of the gold mines, but they usually weigh only a few ounces.Professor Sam Springwater Australian mining school at Curtin University

The miners appreciated the larger of the stones is approximately $ 3 million, and the second nugget weighing 63 pounds (1600 ounces) — 1.9 million dollars.

According to Professor of Seringa, usually miners of Australia produces about 2 kilograms of gold per tonne of rock. “Very rarely do we see such results. This is a phenomenal and exciting find,” he says.

Before the discovery of gold at last week’s specialty mine was a Nickel mine.

Australian Kalgoorlie, a gold mining region with a long history. The town of Kalgoorlie was founded on June 17, 1893 a prospector Patrick Hanekom, which is found close to a large Deposit of gold, is still considered one of the largest in Australia (this area is often called the “Golden mile”).