The secrets of lake Baikal: where in the lake the cleanest water on the planet

MOSCOW, 9 sen — news, Alfia Enikeeva. Baikal water is more saturated with oxygen than human blood, and its transparency is such that it is visible up to 40 meters in depth. The lake is home to about 2,600 different species of living beings, two thirds of them found nowhere else on the planet. 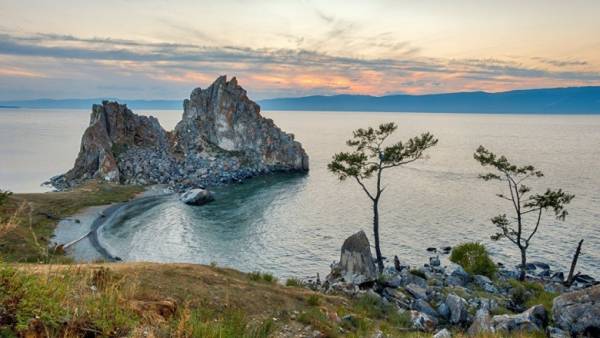 RIA Novosti presents the most amazing features of this lake.

The largest freshwater reservoir of the planet is the most profound. According to various estimates, its depth is not less than 1600 meters. If Baikal is to be divided between all the Russians, then everyone will have about 60 tons of pure, almost distilled water. There are very few dissolved and suspended mineral substances and organic impurities, but a lot of oxygen.

Thanks to the high O2 content in the water is the abundance of living organisms, most of which are unique (endemic). These include absolutely all nematodes, worms, sponges, crustaceans, isopods, and stoneflies that live in the lake, more than half of the species (59%) and aquatic mammals.

Even viruses of lake Baikal unique. In 2016 the researchers of the Limnological Institute of the Siberian branch of the RAS has discovered and described several previously unknown species of autochthonous viruses-bacteriophages, not occurring in other aquatic ecosystems around the world.

The unique purity of the Baikal water is obliged invisible crayfish — epishura (Epischura baicalensis), constituting up to 80 percent of all crustaceans in the lake.

Eating bacteria and unicellular algae, these crustaceans with several pairs of oral limbs create a current of water and at the same time to form something like a filter net to catch the steam of food particles. During the day, one individual likewise purifies approximately a glass of water.

Another feature of epishura, open not so long ago, strong silicon teeth able to crack the hard shell of diatoms, a favorite food of these animals.

The tooth (or rather, a special crown) is located on one of the teeth of jaws (mandibles) of these crustaceans. Over time crowns “worn down” or break off, but in their place the new grow.

Baikal epishura serves as food to another endemic species — the Baikal omul (Coregonus migratorius), fish of the salmon family, found only in the lake and its adjoining rivers. Length omul — 30 to 60 inches, weight — 250 grams up to six kilograms.