The results of the elections. Generalization

Moscow. September 10. INTERFAX.RU last Sunday Russia held about five thousand elections of different levels within a single day of voting. In particular, the Russians chose the 26 heads of subjects of Federation and deputies of the 16 regional parliaments. 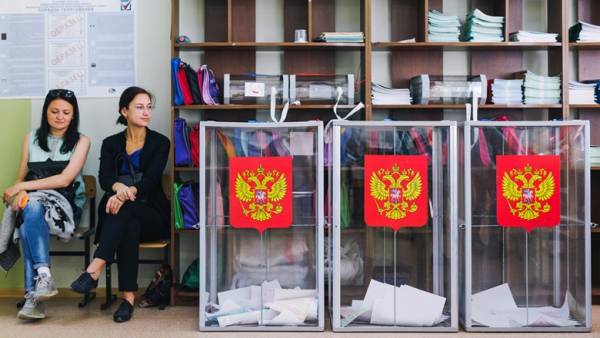 Pretty intense fight took place in the elections of the governors of four Russian regions — the Primorye and Khabarovsk territory, Republic of Khakassia, as well as in Vladimir region. There the winner could not be determined, the candidates will compete in the second round.

Thus, in the Primorsky region to compete will be the candidate from the party “United Russia” Andrei Tarasenko (scored 46,56% of the votes) and the Communist Andrey Ishchenko (24,64%). In the Khabarovsk region in the second round out the candidate from LDPR Sergey Furgal (35,81%) and acting head of the region Sergey Shport (35,62%). In the Republic of Khakassia will choose between a candidate from the Communist party Valentin Konovalov (44,81%) and United Russia Viktor Zimin (32,42%). Finally, in the Vladimir region in the second round caught the acting Governor Svetlana Orlova (36,42%) and the candidate from LDPR Vladimir Sipyagin (31,19%).

Original record set by the acting head of the Yamalo-Nenets Autonomous district 30-summer Dmitry Artyukhov, which the Legislature approved before as Governor, he became the youngest regional head in Russia.

In other regions in the gubernatorial elections in General, there were no surprises, and leaders out the candidates previously appointed acting heads of regions. In particular, in the Krasnoyarsk region won the acting Governor Alexander USS (60,19%), the Tyumen region Alexander moor (65,86%), in the Nizhny Novgorod region — Gleb Nikitin (67,75%), Pskov region Mikhail Vedernikov (70,68%), in the Kemerovo region Sergey Tsivilev (of 81.29%). In addition, retained his post by the acting Governor of the Moscow region Andrei Vorobyov (62,52%).

Victory for Sobyanin and second rounds in four regions. The results of the single voting day

Meanwhile, in the Samara region have passed elections in the state Duma. The results of the voting Advisor to the Director of Regardie Alexander Khinshtein (United Russia) will return to the lower house of Parliament, winning by 158 th district, gaining 56,98% of the vote.

Sobyanin went for a third term

On elections of the mayor of Moscow has expectedly won by the independent candidate Sergei Sobyanin. By results of processing of 99% of the protocols, he scored 70,02% of the vote — voted for by over 1.5 million people.