Regional elections in Russia on 9 September passed with dignity and without serious violations, said at a state Council Presidium meeting in Vladivostok, President Vladimir Putin. He added that there has been during the election “irregularities” need to understand. 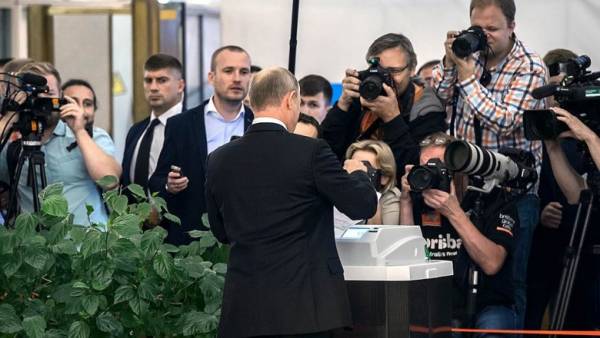 “Overall, the campaign was decent, with a high enough voter turnout, orderly, with minimal disruption. Certainly, the roughness of which were. With this, of course, you need to understand. We’re going to do it,” — said the head of state, whose words were quoted by Russian news agencies.

September 9, in Russia was a single day of voting. In 22 regions were chosen governors, in 16 new members of the legislative Assembly. The Central election Committee called the elections the most quiet. The only serious violation was the attempt of falsification of the elections to the Parliament of Buryatia, where the Investigative Committee opened a criminal case against the Chairman of one of the PEC Ulan-Ude.