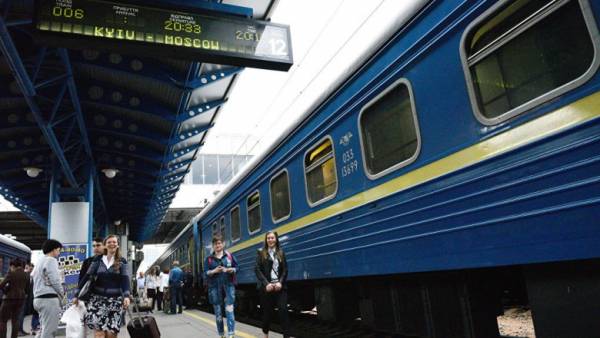 According to him, trains to the Russian direction, “could be a significant relief for Ukrainian citizens who want to travel inside the country.” As stated by Omeljan, in this case, the profit of railway transportation could be even more than now.

The Minister did not mention a specific date of termination of railway communication with Russia.

“As soon as the decision is taken, we’ll report it”, — quotes Agency the head of Department.

Omeljan previously reported that the Ukrainian Ministry of infrastructure has developed a project, which proposes to halt train and bus service to Russia. At the end of 2017, he argued that the loss of Kiev from such measures would constitute only one hryvnia.

Thus, according to the state administration of railway transport, the most lucrative Ukrainian train in 2017 became part of the “Kiev — Moscow”, which brought nearly six million dollars.

As noted in the Russian Ministry of transport, response to the possible termination of the Ukraine train and bus services have already been developed. However, the Ministry hopes that such measures do not have to take.