Far away. They brought Christianity to the North

Orthodoxy in the Russian North has played a huge role in the development of this region. It was the first and the monasteries helped make it habitable. “Ribbon.ru” talks about how the monks carried the light of civilization in the North. 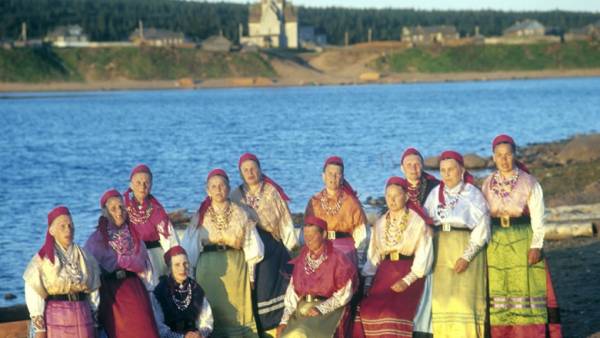 The village of Varzuga, located in the Tersky district of the Murmansk region, boasts a long history. The first time it is mentioned in the charters of the XV century — the first one Dating back to 1466, the company recorded the transfer of local resident Timothy Ermolina Solovetsky monastery of their land.

But if monasteries in the Russian North built by that time for several centuries, until recently it was believed that the first churches appeared here in the XVI century. It was, however, the Varzuga, in 2013, the archaeologists made a discovery that radically changed this view.

The Church is here and now, however, its present building was erected in 1705, and the previous one burned down.

But when it was built the first? During the restoration of the temple, the archaeologists were able to excavate around the perimeter of its base and found the lower crowns of Svyato-Nikolskaya Church. Radiocarbon analysis allowed to find out the year of her bookmarks — 1325. All this allowed to make the assumption that the emergence in the Murmansk region of Orthodoxy, and hence of its colonization by the Novgorodians and Karelians began almost two centuries earlier than expected. And, it turns out that this is the oldest known temples of the Arctic.

However, the arrival of the Northern churches is a separate question, because first of all, the spread of Orthodoxy in the region began with the monastic missionary activity, that is, with the construction of monasteries, the first generation which belong to the XII—XIII centuries. It includes, for example, the Trinity monastery in Vologda and Valaam on the Islands of lake Ladoga. Just as their North was hardly more than ten.

Isolation from their densely populated lands and contributing to the privacy of the situation, likely allowed the monks to really engage in spiritual matters and not to engage in the production of agricultural products for sale.

Besides, it is worth considering that while a large part of the population of the North was a Gentile, and a field for missionary activity was nepahannoe. Of course, all this is only speculation — about the monastery life of the time credible evidence almost did not survive.

More active missionary work began in the last decades of the XIV century. It unfolded in two areas — Moscow and Novgorod. Develop the Moscow Metropolitan Alexis and Sergius of Radonezh, the companions of which he founded a few dozen Northern monasteries.