The BOTTOM NOVGOROD, 10 Sep — RIA Novosti. Employee of the Gorky automobile plant Artem Baranov, who, at the end of 2017 asked Vladimir Putin whether he to run for President of the Russian Federation, won the elections to the legislative Assembly of Nizhny Novgorod region, told journalists the Chairman of the election Commission of the Nizhny Novgorod region Oksana Kislitsyna. 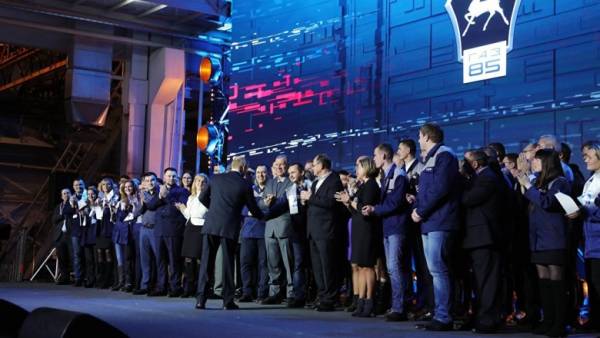 The ninth of September in the Nizhny Novgorod region, in addition to the election of the Governor of the region, held additional elections of the Deputy of legislative Assembly of Nizhny Novgorod region at 6 constituency. This place became vacant after Deputy speaker of the regional legislative Assembly Oleg Sorokin, accused of bribery, has resigned.

“The turnout for the by-election the Deputy of legislative Assembly of region in the sixth district totaled 26,35%. The leader of the ballot was Artem Baranov scored 52.94% of votes. In second place Vasily Ovsyannikov from 17.96% of the vote, followed by Vladimir Glazov from 13.42% of votes and in fourth place — Vladimir Moskalenko, who received 8.24 percent of the vote,” Kislitsyna said.

Sheep became known after in December of 2017 took part in the meeting with Putin at the GAZ plant, where the President arrived to congratulate the staff on the anniversary of the company. As a representative of the Union, the rams took the floor on behalf of the entire team expressed support of the President. It was after his words, Putin announced his intention to participate in presidential elections.