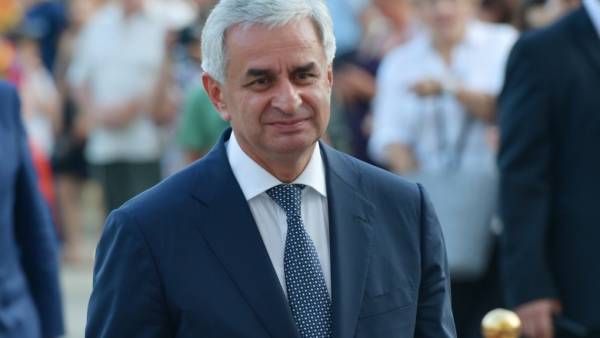 The President of Abkhazia Raul Khajimba was driving in one column, with Prime Minister Gennady Gagulia, who on Saturday evening died in a road accident, the President was not injured.

I was in the column. The Prime Minister of the Republic back riding in his car with his guards. I was not injured.Raul Hajimarion Abkhazia

Earlier, the press Secretary of the government of the Republic of Diana zantariya told TASS that Gagulia was killed in the accident, which occurred at about 23:00 GMT on 8 September on the road in the Psou — Sukhum, the driver and guards of Gagulia was not injured.

In turn, the Deputy head of the interior Ministry Kazbek Kishmakhov told that the car, which was the country’s Prime Minister, faced with a car that drove into oncoming traffic in the Gudauta district of the Republic.

Gennady Gagulia in the delegation of Abkhazia headed by the President Raul khadjimba, was on 4 September an official visit to Syria, which is may 29, 2018 recognized the Republic’s independence and established diplomatic relations. September 4 presidents and President Bashar al-Assad signed a Treaty of friendship and cooperation between Abkhazia and Syria, as well as a number of intergovernmental Abkhaz-Syrian agreements.