Public men did not fix serious violations in the elections, said in the HRC

MOSCOW, 9 sen — news. Social activists and observers did not fix serious violations in regional elections that could affect the vote, reports fake violations, which after verification is not confirmed, said RIA Novosti member of the HRC, the Chairman of the coordination Council of the Russian public organization “Lawyers for the rights and dignity of the person” Alexander Brod. 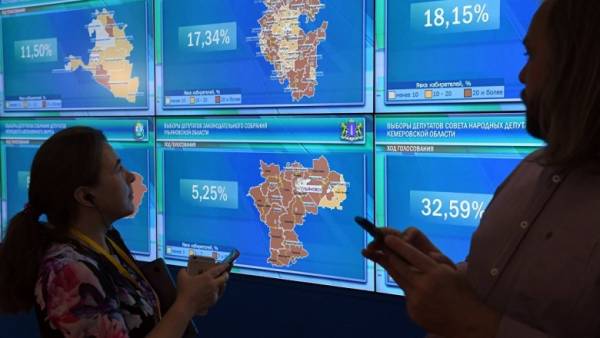 MOSCOW, 9 sen — news. “Serious violations we are not yet celebrating. There are reports fake violations, and we ask our volunteers to double-check them,” said Ford.

He said that, for example, received a report about the alleged busing of voters — workers of CHP-2 of Barnaul, the polling station number 207. After checking public men and employees of the territorial election Commission (TEC) of the city revealed that the CHP officers advance themselves wrote applications with a request to include them in the voter lists, as their shift begins in the morning.

“Therefore, before the start of shift workers has brought to the service transport to the polling station. Was no compulsion, it was due to operational necessity”, — said the Agency interlocutor.

In another section of the Barnaul — 214, there was a message on the notes in the book of voters on the voting outside the premises — at home.

“The remark was made in connection to the improper design of the list, but do not believe this is a gross violation and somehow affecting the vote” — said the Agency interlocutor.

Also, the social worker received a message from Kemerovo from the PEC 737 that on one of the sites allegedly occurred vbros bulletins.