Prime Minister of Abkhazia Gennady Gagulia was killed in an accident

SUKHUM, September 9. /TASS/ — it is Reported that the accident occurred at about 23:00 Moscow time on a road section Psou — Sukhum. 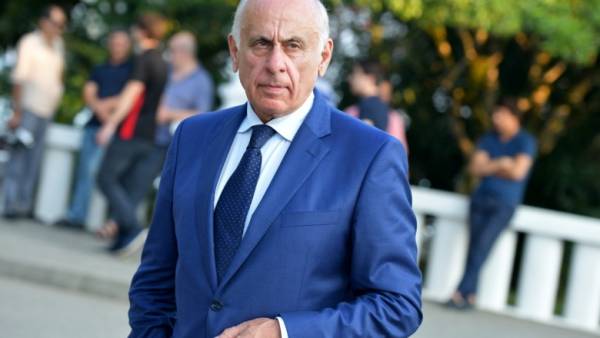 Prime Minister of Abkhazia Gennady Gagulia on Saturday evening died in a road accident, reported TASS the press Secretary of the government of the Republic of Diana zantariya.

According to her, the incident occurred near a police post Musser. According to available information, the driver and guards of Gagulia was not injured.

As reported on the website of the Cabinet of Ministers of Abkhazia, the accident occurred at about 23:00 Moscow time on a road section Psou — Sukhum.

“The car of the Prime Minister was moving in the motorcade, official delegations from Abkhazia, who were returning from the Syrian Arab Republic. According to preliminary data, the accident there were no injuries”, — is spoken in the message.

The car, where he was Gagulia, collided with a car that drove into oncoming traffic in the Gudauta district of the Republic, told TASS Deputy head of the interior Ministry of Abkhazia Kazbek Kishmakhov.

In Prime-Minister’s car crashed into a car left on a strip of oncoming traffic. Behind the wheel was a young resident of Abkhazia. The circumstances are being investigated.Kazbek Kissakuusentie interior Minister of Abkhazia

Gagulia was appointed Prime Minister of Abkhazia in April 2018.

See also: President of Abkhazia was not injured in the accident that killed the Prime Minister of the country