Posted a video of the accident with the motorcade of Dodon

The state security service of Moldova has posted a video of the accident with the motorcade of the President of the Republic Igor Dodon. 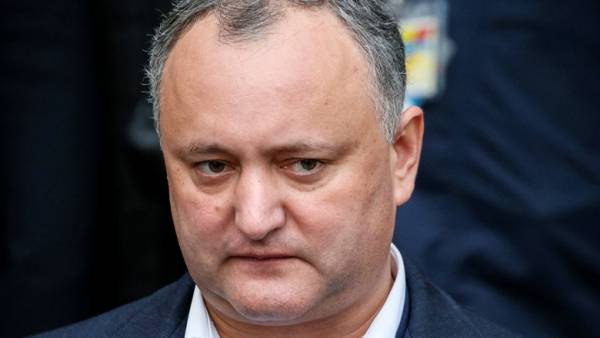 MOSCOW, 9 sen — news. The record shows, as the truck passed into the oncoming lane, then the vehicle crashed into a car head of state, pushing it to the side of the road.

Earlier it became known that the motorcade of Dodona was in an accident on the road Straseni — Calarasi. According to the Service of the state, as a result of incident three persons have got traumas of easy and average weight. He said he feels good, the medical care he needed, said Advisor to the President Maxim Lebedinsky.

As noted in the administration of the Moldavian leader, none of his family received injuries in the accident.

“In mass media appeared information that the mother of Igor Dodon was seriously injured in an accident, it is not true,” — said the press service of the head of state.