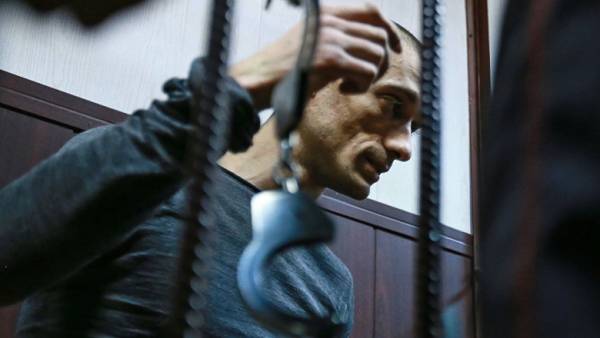 Pavlensky spoke about torture in a French prison MOSCOW, September 8 — RIA Novosti. A Russian artist-actionist Peter Pavlensky, who is imprisoned in France, complained of ill-treatment in prison “Fleury-Merogis”. Pavlensky’s message published in Facebook by his friend Oxman. Upstairs “Prisoners are treated like animals, which is unacceptable for any self-respecting person,” — said in the recording. It is reported that on the first of August the guards provoked the actionist to “break and subdue” it. In August Turkey signed into solitary confinement, where he spent 30 days. The artist also spoke about the behavior of the guards in the solitary confinement in Russia and in France. “The prison warden calls the prisoner and read him the order of solitary confinement for 5, 10 or 15 days. He gathers his things, says goodbye to his cell mates and goes” — quoted Oxman message Pavlensky. In a French prison, according to