In Russia appeared the youngest Governor

Temporarily fulfilling duties of the Governor of the Yamalo-Nenets Autonomous district Dmitry Artyukhov elected head of the region. 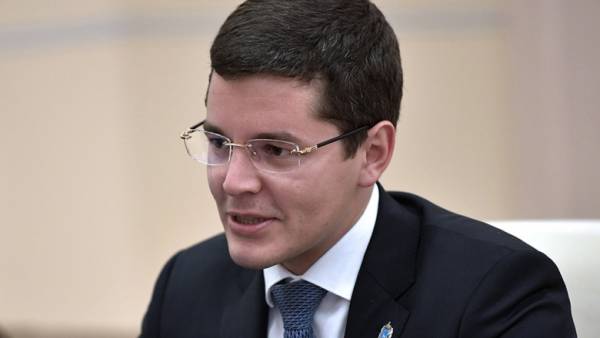 He became the youngest Governor in Russia. His candidacy was supported by most deputies of regional legislative Assembly, reports RIA Novosti.

Voted for by 14 of the 18 deputies, said the Chairman of the counting Commission Igor Herelisten. The Governor also claimed the Deputy of regional Parliament Alexander Golubenko and head of the regional Directorate of transport Vitaly Lagutin. The new head of the region selected by secret ballot.

At the end of may 2018, President Vladimir Putin appointed Artyukhova, acting head of the region after the transition of Dmitry Kobylkin, the Ministry of natural resources.

Artyukhov works in the office of the Governor of Yamalo-Nenets Autonomous district since 2010. As assistant Kobylkin, he was engaged in economic issues and investment. In the beginning of 2016 was appointed Deputy head of the region.

In the single voting day on September 9 in 80 regions of the country is more than 4.7 thousand elections of different level, in the voter lists included about 65 million people. The vote followed more than 120 thousand observers.