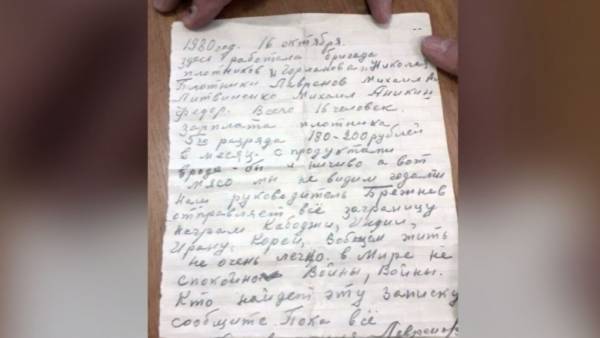 The authors of the Epistles, presumably, are the carpenters. They talked about life and about the difficulties faced during the late Soviet Union.

“With products there seems to be ourselves, but the meat we do not see the years. Our leader Brezhnev sends abroad all blacks Cambodia, India, Iran, Korea. In General live very easily. The world is not easy. War, war,” complained workers (spelling and punctuation authors saved).

The letter was sealed in a bottle of vodka “Russkaya”.

In April it was reported that “Mail of Russia” discovered Soviet envelope 1982, which contained the stolen documents of the first French cosmonaut.