MOSCOW, 7 sen — news. The appointment of Patriarch Bartholomew of Constantinople their representatives in Ukraine took place without the consent of the Metropolitan of Kiev and all Ukraine Onuphrius, and the responsibility for possible negative consequences will lie at the Constantinople Patriarchate, said the Ukrainian Orthodox Church. 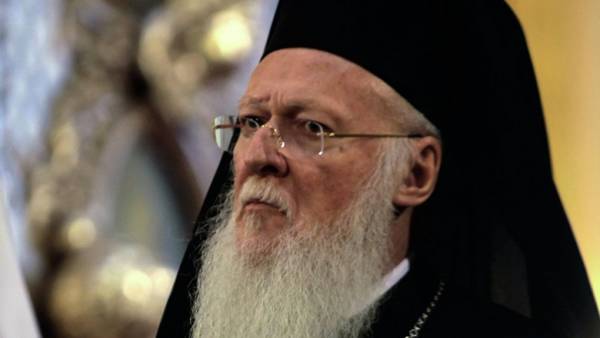 Earlier Friday, the Patriarchate of Constantinople said that “in preparation for the granting of autocephaly of the Orthodox Church in Ukraine” was appointed its Exarch in Kyiv Archbishop Pamphylian Daniel from the USA and Bishop Hilarion of Edmonton Canada.

“The appointment of the Exarch is a gross violation of canonical territory of the Ukrainian Orthodox Church.

The purpose of the exarchs in Kiev took place without the knowledge of his Beatitude Metropolitan of Kyiv and all Ukraine Onuphrius, as a single canonical Bishop of the city of Kiev.

The responsibility for possible negative consequences of the act lie at the Constantinople Patriarchate,” reads the statement of the Department for external Church relations of the UOC, published on the website of the Ukrainian Church.

In DECR drew attention to the fact that the decision of the Patriarchate of Constantinople is contrary to the second rule of the Second Ecumenical (Constantinople) Cathedral: “without being invited, bishops Yes do not go beyond their region”.

The decision of the Patriarch of Constantinople previously also condemned the Moscow Patriarchate.