The Russian Orthodox Church will cease communication with Constantinople, if the UOC will give autocephaly

MOSCOW, September 8 — RIA Novosti. The Moscow Patriarchate will stop Eucharistic communion with the Patriarchate of Constantinople in the event of the giving them the autocephaly of the Ukrainian Church, said Saturday the Chairman of the Department for external Church relations of the Moscow Patriarchate Metropolitan Hilarion of Volokolamsk. 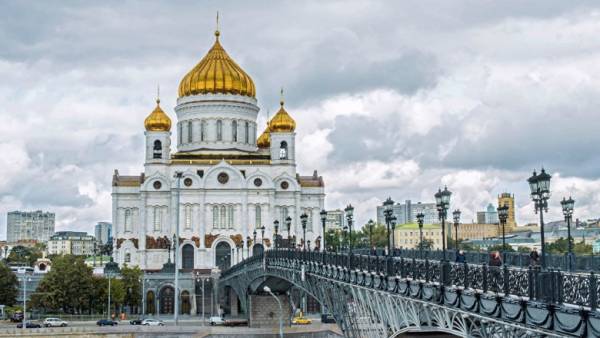 “When such a brazen and cynical way interfere in the Affairs of the local Orthodox churches, not only leads the situation into a dead end, but also threatens to split the world Orthodoxy. The canonical autocephaly of the Church that will not accept. We in the Russian Church this autocephaly is not recognized. We will have no choice but to break off communication with Constantinople,” said Metropolitan Hilarion, the TV channel “Russia 24”.

Metropolitan Hilarion explained that “if Constantinople will complete his evil plan for the granting of autocephaly, it will mean that the autocephaly will get some group of dissenters”, is not recognized in the Orthodox world.