Alaskans did not notice a tsunami height of 200 meters

Alaska was hit by the tsunami with a height of 200 meters, but no one noticed. Scientists have found that melting glaciers can cause other natural disasters in other parts of the world. 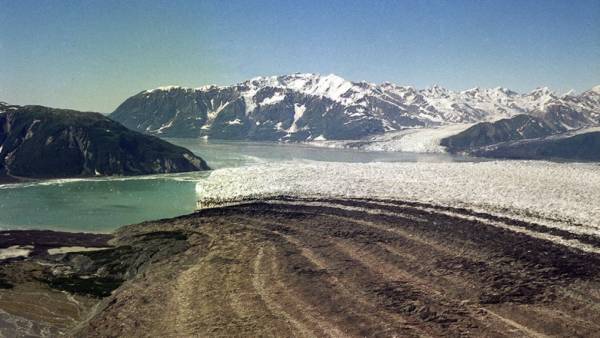 A tsunami with a height of almost 200 meters — not fiction and not an invention of Hollywood film makers. These extreme events occur on Earth, and the last happened just recently — only three years ago, off the coast of Alaska.

The incident in October 2015 at the Taan fjord in the South-East of the state scientists call the fourth-largest tsunami recorded reliably, however, after the fact, for the last hundred years. And the reason — the melting of the glacier, which caused a giant landslide, leads scientists to believe that such catastrophic events may in future increasingly take place in different parts of the world. “More and more of such landslides will occur as soon as the mountain glaciers and permafrost will melt,” suggests the team of authors under the leadership of Bretwood Hyman in an article published in the journal Scientific Reports.

“40 years ago, the Taan fjord did not exist. It was filled with ice,” said Dan Shugar, a geophysicist at the University of Washington in Tacoma, one of 32 authors, including scholars from USA, Canada and Germany.

However, in the period from 1961 to 1991, the Tyndall glacier has retreated by about 300 meters and stopped in the current position. However, the retreat of the glacier from the entrance of coast not only fully exposed the fjord. This process shifted the ice earlier, underpinning a vast array of rocks that have lost their support.

The calculations showed that in the Bay in a landslide struck about 180 million tons of stones and soil that triggered a tsunami.

In the Arctic ocean found a “heat bomb”

When deprived of support from the mass of stones swept into a rather narrow Gulf, it resulted in a huge tsunami wave which rushed with a speed about 100 kilometres per hour, scientists have calculated.

“Imagine a bowling ball thrown to you in the bath, explained sugar. — Water will move in all directions, but when you hit a wall, she had nowhere to go. And the only way out is up”.