Emissions in the Crimea: why are you closing the plant in Armyansk

UN expert estimated the risk of ejection in Armyansk. 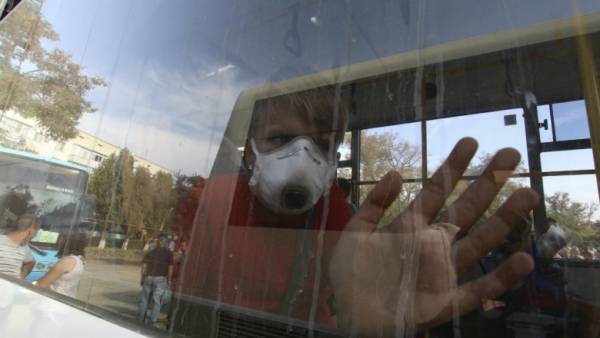 In Armyansk was recorded the emission of sulfur dioxide from the plant “Crimean Titan”. How dangerous this substance is for residents of the Crimea and how to behave in conditions of infection, “Газете.Ru” said the honored Professor of Moscow state University, Vice-President of RAEN, a UN expert on chemical safety Valery Petrosyan.

— In Armyansk there was a release of sulfur dioxide. Where he comes from and what processes are involved?

— This city has large chemical production — “Crimean Titan”. This plant produces titanium dioxide TiO2, which is used in many sectors of the economy, including in baby powders. For its and other substances, including sulfates, this plant uses a lot of sulfuric acid.

It is important that the plant is the so-called kislotoustoichiv, or kislotostabilen in which there is an accumulation of sulfuric acid waste, including spent sulfuric acid.News

the Town without children

Sulfuric acid — the reaction product of sulphuric anhydride SO3 with water. And sulfur dioxide produced from sulfur dioxide SO2, which in turn is produced by oxidation of sulfur.

This is important because if kislotoustoichiv the water concentration begins to decrease, then in the air flying sulphuric and sulphurous anhydrides.

To sulphuric and sulphurous anhydrides existed there in the form of liquid acids, you need a large quantity of water. If the sump is under the direct rays of the hot Crimean sun, the deficit of rain, and in the Crimea this summer was the heat, all the water was gone. After it flew away into the gaseous state of sulphuric and sulphurous anhydrides.