Russia does not want to see sanctions force majeure

Any ideas of opposition to consider power limitations. 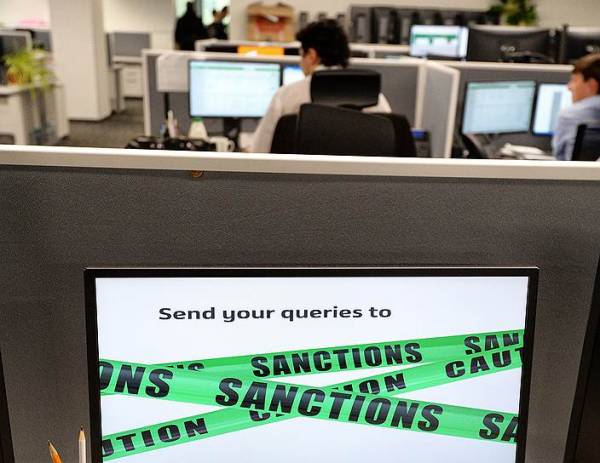 Moscow, apparently, found a way at least a little safe from the sanctions. According to RBC, the security Council of Russia headed by Vladimir Putin — collected from ministries and state-owned companies proposals to protect the domestic economy. A large part of the ideas remains a mystery, and among those that became known, two points are interesting — they suggest the inclusion of special conditions in contracts that Russia and Russian companies will enter into with foreigners. These amendments should be a kind of insurance in case of strengthening of sanctions. What is this protection? And would the foreign partners on the Russian idea?

2015, helicopter carrier “Mistral” have become an early victim of anti-Russian sanctions over the Crimea: France refuses to transfer the already built ships for them to return the money paid, but no more, citing sanctions. What if, by signing the state contracts with foreign countries, to indicate that the sanctions — is not a reason for termination? Agreed — do, or, say, pay.

Something in this spirit, Russia may soon be to offer the partner countries, if approved forwarded to the Council idea. The Director of the Centre for post-industrial studies Vladislav Inozemtsev from Washington says: the partner countries with such quite agree, after all, private business, this paper does not obligate to anything.

“Every state will gladly sign this kind of item, but it will not be meaningful. Even if, say, some state some conventional Philippines — sign this document and pledge not to use American law in their territory, and so it does not apply. The problem is that Philippine companies will still cooperate with Russia, to deal with those, for the cooperation which they receive excommunication from the U.S. stock market, the opportunity to work with the American banks and so on. And the state will be formally nothing to do with it,” explained Inozemtsev.