In the White house looking for “mole”

The US President is threatening “a resistance movement” in his administration. 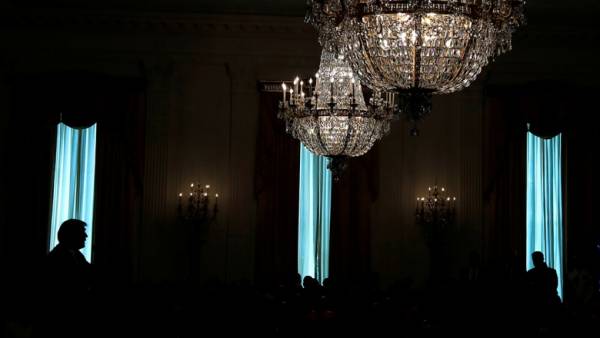 The next day after the announcement of a book by journalist Bob Woodward about Donald trump the American political establishment shook the new scandal. On Wednesday afternoon in the newspaper the New York Times there was an anonymous column of the high-ranking employee of administration of the President of the United States, which States that the White house is seriously discussing the possibility of removal of the President from government officials, the opposition are doing everything possible to not allow Donald Trump to realize “their worst intentions.” In response, he called the author of the statement as a traitor and calls the newspaper to reveal the name of the author of the controversial column.

A few hours after under the heading “Opinions” of the newspaper the New York Times published a controversial column in the official Twitter of the President of the United States there was a short message: “Betrayal”. A little later, Donald trump has written a more detailed review.

“Is there a “senior administration” really or are we again dealing with a dying New York Times and its ridiculous sources? — written by Donald trump.— If this cowardly anonymous person actually exists, in the interests of national security, the Times is obliged to immediately issue his or her government.”

In a post titled “I’m part of the resistance within the administration to trump” the anonymous author claims that he and his colleagues daily “impede” the President of the United States to realize its “the worst intentions”. The author of the column emphasizes that it did not support popular today in the USA the “left” opposition to Donald Trump. “We want to work this administration was successful, and I think many of her decisions have made America safer and more prosperous,” writes the author of the publication. “But we believe that our primary duty is to serve the country, he continues. If the President will continue to act in the same style, it would be detrimental to the state of our Republic.”

In the publication condemned the “immorality” of Donald trump and it is reported that the US President lacks any principles, and the main motives of his actions “in General, anti-market and anti-democratic”.

The author cites several examples of what he calls “bilateral presidency” when he is Donald trump insisting on a single solution, but the participants of the “resistance” in his administration, forcing the White house to accept the opposite.

Including decisions related to Russia. So, the author claims that in March, the President of the United States did not want to sign a document on the deportation from the United States, 60 Russian diplomats. The official reason for this was the incident in Salisbury with the assassination attempt on the ex-GRU Colonel Sergei Skripal and his daughter. According to the decision of the White house, from Washington was then sent to 48 employees of the Russian diplomatic mission. 12 diplomats were forced to leave the permanent mission of the Russian Federation in new York.