FSB major encroached on the “daughter” of “Gazprom” 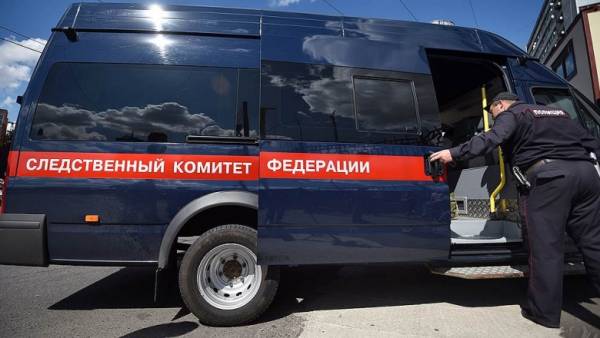 As it became known “Kommersant”, Russia’s Investigative Committee is investigating a criminal case against the major of FSB of Russia of Ivan the Old one, which, abusing official powers, have conducted illegal operational event in a subsidiary of “Gazprom” — LLC “Gazprom Transservice”, and then extorted a bribe from his leadership. The actions of the operative, I believe his colleagues, led to “the undermining of the authority of the FSB.”

The military investigation Department of the TFR in the Krasnodar garrison investigates criminal case concerning 37-the summer major of FSB of Old Ivan, who worked in the secret service under the contract since 2005. According to investigators, the accused, violating the procedure of conducting operational-investigative activities, organized a check in OOO “Gazprom Transservice” in the course of which the alleged violations were detected (the company has a separate subdivision in the city of Temryuk of Krasnodar territory, where the defendant is served). Then threatening the company management criminal case, was required to pay him a large sum of money.

The first tranche in the amount of 1.5 million rubles, according to investigators, was transferred to the security officer through an intermediary. Upon receipt of the money the major has been detained by employees of management of own safety of FSB, which addressed the representatives of the JSC.

GUS TFR accused Ivan Old in the Commission of a crime under part 6 St. 290 criminal code (extortion and receiving a bribe by the official in especially large size). In addition, major was charged with part 3 of article 285 of the criminal code (abuse of official powers that caused grave consequences).

Representatives of “Gazprom” declined to comment on the case, although according to the document at the disposal of “Kommersant”, the General Director “daughters” of the company Vladimir Snegirev, which caused “significant material damage”, is the victim in the case.

Krasnodar garrison military court has satisfied the petition of the investigator of the TFR on the Old election accused a preventive measure in form of detention for two months, and then arrest the security officer was extended until 3 October. The defender of the arrested mayor Michael Anosov appealed to the North Caucasian district military court (SKOVS) the decision of the court of first instance, pointing out the groundlessness and illegality.