The specter of poverty: why the Russians are afraid of poverty

“Middle class”: why Russians can’t shake the feeling of poverty. 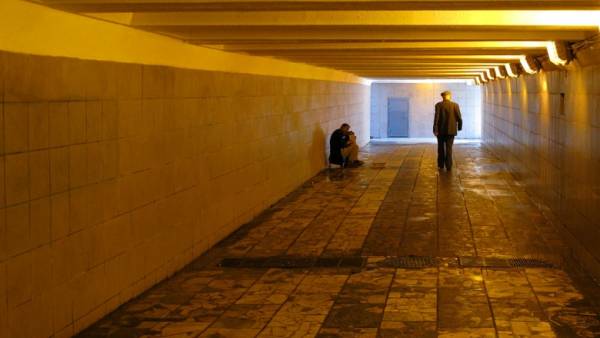 The Russians with stable income and social standing, comfortable housing and regular holidays abroad, are undergoing internal crisis — they can’t get rid of the feeling of poverty, although the reasons for this, not really. Experts believe that the increased anxiety of the middle class may be associated with the love of people to compare themselves with others, or with the presence of psychological problems that can’t be solved with money.

The concept of poverty is a rather abstract value, which depends on many factors, primarily on the socio-economic situation in the country. In Russia to determine the poverty threshold subsistence minimum is used — as of August these numbers the national average, as reported by Rosstat, there were 10 038 rubles a month. More specifically, working-age Russians must have a minimum of 10 842 rubles per month, seniors have enough 8 269 rubles, and children can live in the 9 959 rubles.

In some regions these figures are higher (e.g. working Muscovite needs to obtain at least 17 990 rubles), some lower (in the Belgorod region this figure is only 8 806 rubles). At the designated amount people should have the opportunity to provide a minimum set of products, goods and services necessary for life.

But in reality feel poor for the people who fit into the norms of the subsistence minimum.

According to the candidate of economic Sciences, head of laboratory INSUP Ranepa Elena Grishina, in the first quarter of 2018 and their financial situation was assessed as “poor” and “very bad” by 25.3% of Russians. Thus for the poverty line, or subsistence minimum lived only 14.2 percent of the population.

The expert notes that people may experience unfounded feeling of poverty due to the fact that they are surrounded by much wealthier individuals.

Europeans consider the so-called “deprivation poverty” — the proportion of the population due to lack of money unable to afford 4 of 9 the following points: to pay utility bills or rent; the dwelling is heated at a proper level; to pay unexpected financial expenses; meals including meat, chicken, fish (or vegetarian equivalent) every other day; to pay one week annual holiday outside the home; car; washing machine; colour TV; telephone.

“It is believed that people experiencing these deprivations do not have sufficient resources necessary to maintain a conventional lifestyle,” — says the economist.