SIMFEROPOL, September 4 — RIA Novosti. The work of the plant “Crimean Titan”, kislotostabilen which became a source of release of polluting substances into the atmosphere, stopped for two weeks, said the head of the Republic Sergey Aksenov. 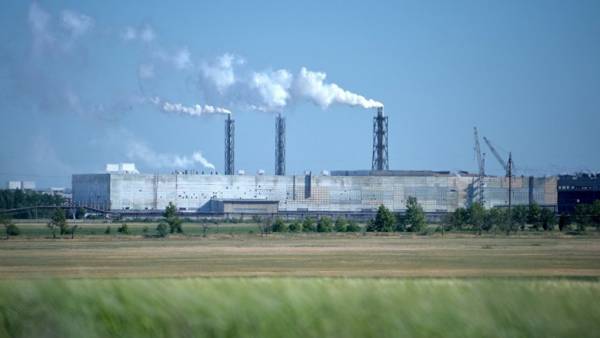 In the North of the Crimea because of the release of an unknown substance during 23 – 24 August on the roofs of houses and the leaves of the trees formed oily coating with yellow tinge. The CPS variances in soil samples is not detected, and the concentrations in atmospheric air of polluting substances, according to the results of the samples does not exceed the established hygienic standards.

The reason for the release, according to preliminary data, is evaporation of the contents of kilocalories used by the plant “Crimean Titan” (the branch of LLC “Titanium investment”).

“That night in connection with the differential daytime and nighttime temperatures, the first maximum permissible concentration of sulphur dioxide exceeded the norm. We spent the morning meeting, we came to a working group of all Federal ministries and departments. As a result of my, in agreement with the management of the factory “Titan”, the decision for two weeks to shut down the plant. The plant’s management promised that all staff will receive monthly salary in full,” — said Aksenov reporters.

According to him, the decision was made for precautionary purposes.

The health and lives of citizens threatens nothing. Sergey Aksenova of the Republic of Crimea

Aksenov said that Crimea was also visited by the head of Rospotrebnadzor Anna Popova.