The Council is preparing a plan of protection from US sanctions

In the framework of protective steps is discussed, in particular, the introduction of alternative international payment systems based on quantum technologies. 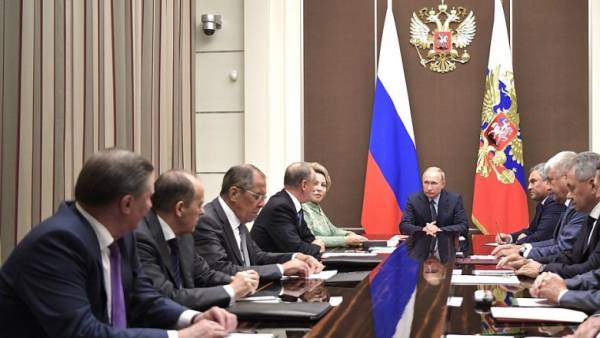 The Council is preparing a master plan the Russian response to new US sanctions. It is reported by RBC with reference to sources. Among those who made the initiative to combat restrictive measures — Ministry of Finance, Ministry of economic development, Ministry of industry, Central Bank and sectoral monopolies, noted the news Agency, close to the Russian security Council.

In the framework of protective measures in the area of international law is discussed inclusion in the treaties of Russia with other States in the paragraph about the inadmissibility of the use of the norms of American law. In international commercial agreement are invited to make reservations on the inadmissibility of the justification of force majeure by U.S. sanctions.

There is also the possibility of priority of procurement do not fall yet under the sanction of USA technologies. In addition, the introduction of alternative international payment systems based on quantum technologies.