Russia recognized the Maritime dominance of the United States

Doctor of military Sciences, Vice-President of the Russian Academy of rocket and artillery Sciences, the captain of the first rank Konstantin Sivkov called the undeniable dominance of the U.S. Navy in the ocean. Article expert has published “Military-industrial courier”. 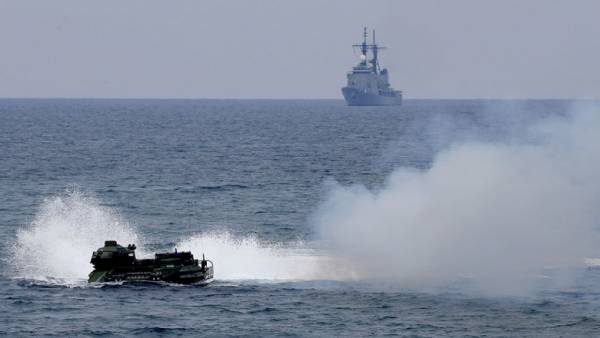 According to experts, the main feature of the IUD the leading NATO countries in the near and medium term, in wars and armed conflicts is to focus on operations and combat operations “from the sea against the shore”.

“This is due to the fact that the dominance of the main naval forces of the Alliance — the US Navy in the area of the ocean is undeniable,” — said the expert.

However, Sivkov continues, strengthening the Chinese Navy and possible increase the combat capabilities of the Russian Navy “can do for Americans a priority fight with the enemy fleet, particularly in the areas of the seas and oceans adjacent to its coastline.”

In November 2017 Sivkov advised Russia in response to the US withdrawal from the Treaty on the elimination of intermediate-range and shorter-range to deploy non-traditional carriers of nuclear weapons, in particular heavy duty warheads, capable of “initiating in the U.S. a catastrophic geophysical processes such as the eruption of the Yellowstone SUPERVOLCANO”.