“Let’s commit troops. Let’s kill, fuck, as much as possible”

The journalist, was fired by Richard Nixon, wrote a book about Donald trump. 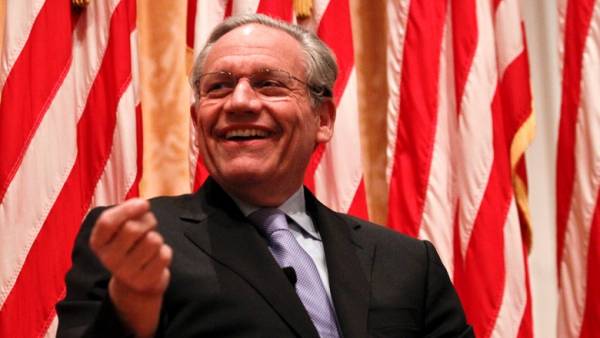 Only announcements about the upcoming publication of a new book about President Donald trump, published in the Washington Post and other media, began on Tuesday in the U.S. news of the day. But the book itself can play a key role in the upcoming November 6 midterm elections to Congress. In the piece “Fear: a trump in the White house” journalist, winner of two Pulitzer prizes Bob Woodward describes the situation in the US administration as “crazy house”, and the President himself as a “fifth grader”, does not understand world politics. With details — the correspondent of “Kommersant” in Washington Kirill Belianinov.

On Tuesday evening the White house was quick to say that the new book is “only a made-up story”, distributed by former employees of the administration. The President of the United States Donald trump in his Twitter called the author of the book “employee of the Democratic party,” adding that the scandalous publication should appear in the run-up to the midterm elections to Congress. “I noticed, what is it timed?” — asks the head of the White house.

Journalist Bob Woodward, reveals details of a scandal of “Watergate” that led to the resignation of President Richard Nixon in the US is considered a true legend. In the past decade he has released several books on presidents. A new publication, which should appear on bookstore shelves in America on September 11, was prepared for almost two years. In the words of Mr. Woodward, he spoke “with several dozen” current and former administration officials and came to the conclusion that today the situation in the White house increasingly resembles the “crazy house”.

According to the author, the main headache of the President of trump is an ongoing investigation about the Russian intervention in the election campaign of 2016, which leads spectracolor Robert Mueller. Referring to the former personal lawyer of President John DoD, the author gives details of a telephone conversation between US President with the head of Egypt Abdel Fattah al-Sisi, who said, “Donald, I’m worried about this investigation. You will remain at his post?” He later trump told his lawyer that, for him, such a question sounded like “kick in the groin”.

In the last fifteen years the head of the White house has repeatedly stated that he was willing to testify to the investigators from the team Muller. Counsel of the DoD, in turn, tried to dissuade him from it, and at the end of January this year, even gave a kind of re-enactment, playing the scene in which Donald trump as if it answers the questions of spectacular. The role of the latter was made by the lawyer himself. Says Bob Woodward, the US President was a “terrible witness” and his statements “were contradictory and false”, and the re-enactment ended his 30-minute tantrum.