Lavrov: Clinton is sincerely offered a “reset” of Russian-American relations

MOSCOW, September 5. /TASS/. Former U.S. Secretary of state Hillary Clinton in 2009, sincerely advocated a “reset” of Russian-American relations, despite the fact that the character changes suggested to click on the button labeled “overload”. This opinion was expressed on Tuesday, the Minister of foreign Affairs of the Russian Federation Sergey Lavrov in the program “the Big game” on “the First channel”. 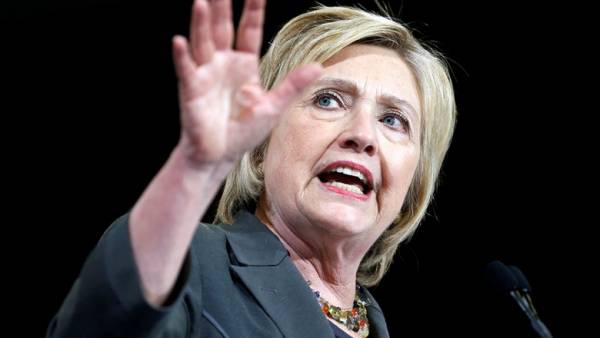 “I think it was the fault of the performers, because in English, everything was written correctly — “reset”, in Russian turned the floor where it was missing two letters, and instead of “restarting” work “overload”. When Hillary Clinton I the button passed in front of the cameras and I immediately noticed the error, brought it to her attention, they very quickly become we have to ask, even beg that we return this button they remade correctly, but it’s already worked for our diplomatic intuition that such an event cannot simply be dissolved into oblivion, and now this button we have in the Museum of foreign policy in our building,” he said. “I think it was a sincere desire,” — said Lavrov.

He explained that the administration of Barack Obama, who held the post of President of the United States in 2009-2017 years, from the very beginning was going to build a new relationship with Russia.

“Hence the term “rebooting” our first contacts with Hillary Clinton [was] sufficiently concrete”, — said the Russian foreign Minister, noting that the first and main achievement of the period was the signing of the Contract on reduction of strategic offensive arms (SNV-3).

He expressed regret with the fact that “reboot” very quickly and long before the events in Ukraine and in Syria has evolved into something else.

“What was — “reset” or “overload”, it is difficult to judge, but the first failure of the Obama administration occurred on the occasion that I would even in the agenda of high politics and did not make, is Edward Snowden. Since then, went one by one,” said Lavrov, adding that the sincere intentions of the Obama administration “stumbled on the need to talk with Russia on equal terms.”

“When it became clear to the Americans that to talk on equal terms they do not want to, preferring to impose their will, their agreement, then started the same problems that festered, and now we have on our hands a rather large pile of these problems”, — concluded the Minister.