In Omsk opened a case of extremism against feminists

In Omsk criminal case against the radical feminists love Kalugina for posts that she made about five years ago. It is charged with inciting hatred or enmity on the basis of sex, because in her published reports, investigators found signs of humiliation of men. 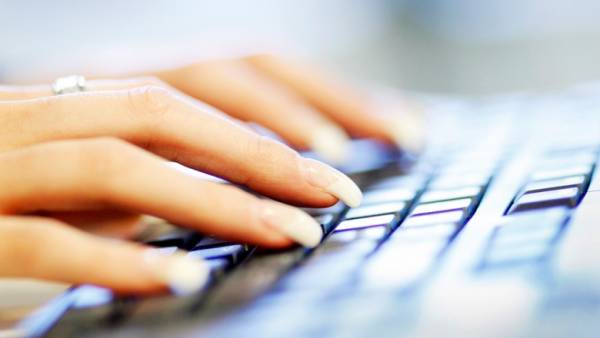 Omsk investigators opened a criminal case under the article on inciting hatred or enmity on the Internet against local activists of the feminist movement love Kalugina. “A criminal case under article 282 of the criminal code”, — told RIA “news” a source in law enforcement bodies. Officially, the Investigation Committee (IC) this information does not comment.

As explained earlier itself Kalugina information-analytical center “Sova”, the interest of investigators to her person associated with publications, which she posted on the social network “Vkontakte”.

According to the report, the reason for the test was the statement of a resident of Birobidzhan that posts girls excite the hatred of men.

“Kalugin said about which publications, according to her, sparked criticism of law enforcement. 12 posts published in 2013-2016, including images and texts, most of which are really directed against men, another text refers to the controversy within the feminist movement. The statements contained in the texts differ in the degree of aggression — from coarse humor to those that can be seen as signs of humiliation of the dignity and incitement to violence against men”, — stressed in the Center.

In this article, Kalugina could face a large fine or imprisonment for a term of two to five years.

“The actions of law enforcement in this case illegal for one reason.men do not make up a social group. It’s a biological group. And according to the law, survey team leader, people are divided according to race, nationality and religious affiliation,” explained “Газете.Ru” consultant of the movement “For human rights” Yevgeny Ikhlov.

He also noted that the convictions of feminists calls for mountability extremely rare. “I think in the first case, give her a suspended sentence. Maybe even get off with a fine. Decide all the features and expert opinion”, — said Ikhlov.

According to the head of the criminal practice of the legal company “BMS Law Firm” Timur Futami, in this case the staff of SK clearly exaggerated guilt Kalugina. “But it is likely that the matter will be developed so as to formally complain to the security forces difficult. If the verdict is guilty, then there are chances of a cancellation of the verdict of the Supreme court of the Russian Federation, as the last time he suppresses such “excessive zeal” siloviki”, — said the lawyer “Газете.Ru”.

Love Kulagina openly expresses its commitment to radical feminism. By itself, feminism is the theory of equality underlying the movement of women for their rights. However, quite often this term is interpreted more broadly — as a different kind of action to protect women’s rights.

The radical branch of feminism focuses on analyzing and exposing the male authority in different spheres.

In addition, radical feminists explore the primacy of the oppressed status of women. All spheres of human activity (economic, political, personal, intimate, etc.) are analyzed using key concepts — Patriarchy. As claimed by representatives of radfem, gender differences permeate all spheres of life and become the primary mechanism for the suppression of the women.

Radical feminism is based on the integration of women as an oppressed class. Besides his follower fight for safety of women, in particular rape. They also insist that women can possess any of the traits, inclinations, preferences, and interests, even if they do not fit the typical idea of femininity.

“Feminism was born out of compassion. To be against him means to be on the side of the fiends and murderers. Do not bother women to protect their life, health and comfort, just don’t bother,” wrote itself Kalugin in your profile in the “Live Journal” (writing similar to the author’s — “Газета.Ru”).

Special attention to radical feminists on sexuality, as they believed, the control of female sexuality is the main mechanism of manipulation.

She also openly expresses his contempt for the representatives of the male half of humanity. “If you are male: Yes, I hate you too. No action: no negative or positive — will not change this fact,” says a post on the wall Kalugina “Vkontakte”.