MOSCOW, 5 sen — RIA of news. “Gazprom” supports the proposals of Russian President Vladimir Putin to protect the rights of the older generation, said the Chairman of the Board “Gazprom” Alexey Miller. 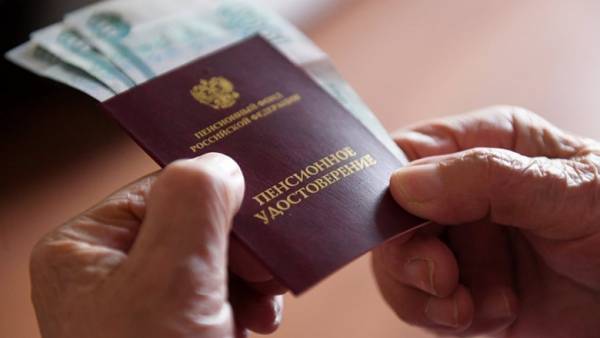 “Of course, this is the pressing issue for any large Russian company, any tech company, especially for the gas industry, where long investment cycle, where the average planning horizon is more than 10 years. Therefore, an important transfer of experience of professionals of the older generation of young people, support strong labor dynasties, support mentoring,” said Miller in an interview with NTV television.

The head of “Gazprom” noted that when it comes to the transfer of experience of older generations, is not only professional skills and knowledge, but also qualities such as devotion to their profession, responsible attitude to the assigned work, the ability to overcome any difficulties at any cost to reach the goal.

“These qualities are formed over the years in my daily work, shoulder to shoulder, youth and the older generation, which enjoys well-deserved respect and authority, and therefore the order of the President on social protection and promote the rights of elders and veterans, we understood and we certainly support”, — he said.

Miller said that “Gazprom” is working on how to attract young personnel, and the preservation of older workers. “We have noted that the age structure of the company balanced… in “Gazprom” we value our professional staff… of Course, we actively lead our recruitment policy and from the point of view of attracting young people, but most importantly, save the bones, save the knowledge that was formed during the Soviet period,” he said.

In addition, “Gazprom” plans to increase the number of employees.

“Hands are needed. Most importantly, we must understand that (for new projects. — Approx. ed.) is a construction in the far East, in Eastern Siberia, which probably primarily attractive to young people… on the other hand, is not only a geographical aspect of growth of our activities, but the bulk, because the increase in gas demand we see in Russia, we see some good growth in demand for Russian gas in Europe, so in any case, the scale of our work… from year to year increases, and I can say that here we are, on the contrary, we plan to further increase the number of companies”, Miller said.

Russian President Vladimir Putin on 29 August made a half-hour address to the Russians, which stated that the main objective of the pension changes — the stability and sustainability of the pension system. According to him, to postpone change any longer, it’s irresponsible, and hesitation in this matter may endanger the stability and security of the Russian Federation. The President stressed that the decision on pensions is a difficult, but necessary, urged Russians to be sensitive to future innovations.

Meanwhile, Putin proposed a number of measures that will allow mitigate their decisions.

In particular, according to him, the age of retirement for women in Russia must be 60 years instead of the government 63, 65 for men. Other plans include a large mother should have the right of early retirement, the terms of pensions for the indigenous peoples of the North should be retained, unemployment benefits for those approaching retirement age is increased, and for the dismissal before retirement, you need to enter administrative and even criminal liability. Proposals to change the pension system in the near future will be formalized as amendments to the bill and submitted for consideration to the state Duma, said Putin.