ANKARA, 5 September. /TASS/. Operation government forces in the Syrian Idlib could lead to a humanitarian catastrophe and a new wave of migrants fleeing to neighboring Turkey. As reported in a Wednesday newspaper Sabah, said the Turkish President Tayyip Erdogan to the journalists on the plane returning from Kyrgyzstan. 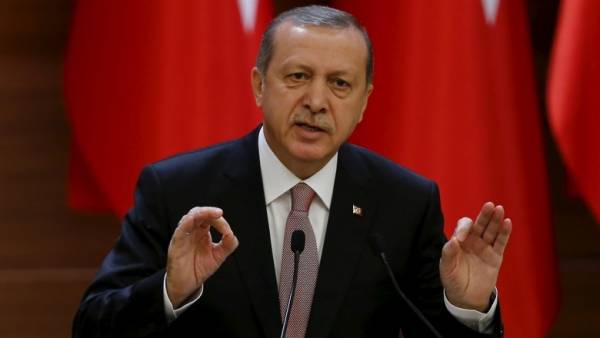 “There [in Idlib] there are about 3.5 million people, Russia and the United States to shift the responsibility on each other. But if the rockets start to fall on this area, then there is a serious bloodshed, a new flow of refugees will flood into Turkey,” he said.

Idlib — the only major region of Syria, which remains in the hands of illegal armed groups. In 2017, there was created the Northern area of de-escalation, which could move the fighters with families who refused to reconcile and voluntarily lay down their arms. According to the UN Secretary General to Syria Staffan de Mistura, in this region there are about 10 thousand militants of terrorist groups “dzhebhat an-Nusra” (banned in Russia) and “al-Qaeda” (banned in Russia). Restoring Damascus’s control over the province, in fact, will be the end of large-scale military confrontation in Syria.