Department of state: U.S. shares the concerns of the Russian Federation the presence of terrorists in Idlib

WASHINGTON, 5 Sep — RIA Novosti. The United States shares Russia’s concern with the presence of terrorists in the Syrian province of Idlib, willing to work on this issue, said US Secretary of state Mike Pompeo. 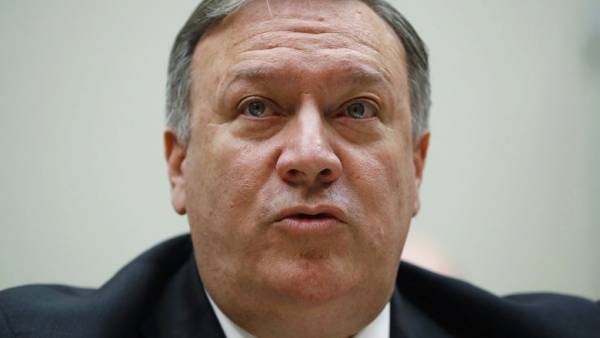 According to him, the Russian authorities speak about the presence of terrorists in Idlib.

“This is a true statement. We share their concerns about terrorism emanating from Northern, North-Western Syria. We absolutely agree with them that these places are terrorists, and need to deal with them, so that they are not engaged in the export of terrorism around the world,” he said on Board the plane, heading to Pakistan. The transcript of the interview circulated by the state Department. Pompeo said that the U.S. “would be happy to work on the issue of terrorism in this place.”

However, he noted that the United States is concerned that during operations in Idlib can be used chemical weapon “in the process of trying to get military objects”.

The area of Idlib province at the present time practically not controlled by the government forces of Syria. There are militants of the armed opposition, and, according to Moscow and Damascus-terrorists of several groups that make periodic attacks on the positions of Syrian troops.

In recent days the situation around Syria has become more intense. Official representative of Russian defense Ministry major General Igor Konashenkov said earlier that, according to independent sources, the terrorist group “Hayat Tahrir Al-sham” (banned in Russia) are preparing a provocation to accuse Damascus of applying chemical weapons against the civilian population in Idlib province.