A parliamentary Commission launched an investigation against the Minister of internal Affairs and the other members of the far-right Freedom Party (FPÖ). They are suspected of meddling in the work of the intelligence services and relations with Russia. About it reports The Local. 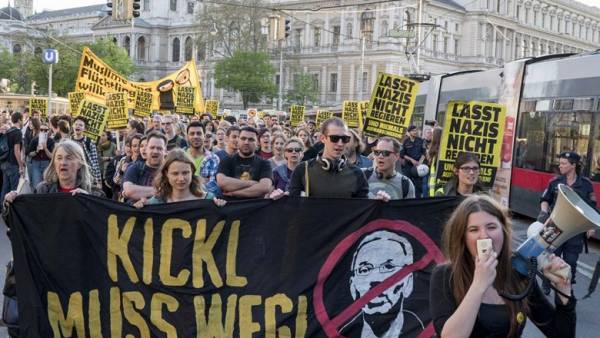 Last week, the court in Vienna declared illegal police raids by members of the FPÖ in February of this year. Then the guards surprised the employees of the Austrian state security service (BVT), raided its headquarters and the homes of senior members and confiscated some documents. It is known that some of them contain information about groups of ultra-right radicals.

Officially the raids took place because of the suspicion in excess of powers of office. The Minister of the interior Herbert CICL (Herbert Kickl) rejected the accusations and called the investigation an attempt by the opposition to score political points. According to him, everything that happened was within the law.

However, the partners of Austria in the European Union is concerned: the intelligence agencies of other Western European countries now doubt the reliability of BVT. The former head of the BND, the German Federal intelligence service of Germany, August Hanning said in an interview with Bild that “the intelligence service which is able to protect the secrets, information and the sources of their partners, should be treated with caution”.