TASS, 4 September. The US President Donald trump on Monday warned Syrian leader Bashar Assad from the “reckless attacks” in Idlib province, a large part of the territory controlled by the rebels. 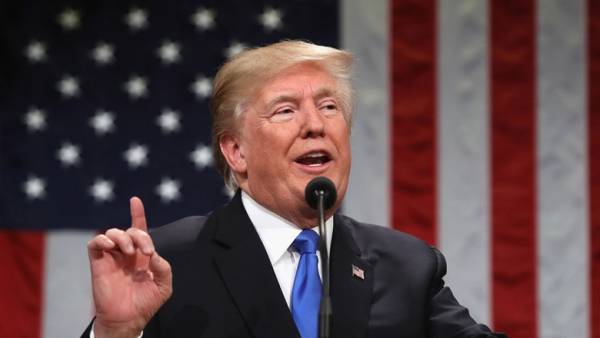 “Syrian President Bashar al-Assad should not recklessly attack the province of Idlib. The Russians and Iranians will make a great humanitarian error by taking part in this potential human tragedy. Hundreds of thousands of people may be killed. Do not let this happen,” wrote trump on Twitter.

President Bashar al-Assad of Syria must not recklessly attack Idlib Province. The Russians and Iranians would be making a grave mistake humanitarian to take part in this potential human tragedy. Hundreds of thousands of people could be killed. Don’t let that happen!

Idlib — the only major region of Syria, which remains in the hands of illegal armed groups. In 2017, there was created the Northern area of de-escalation, which could move the fighters with families who refused to reconcile and voluntarily lay down their arms. According to the special envoy of the UN Secretary General to Syria Staffan de Mistura, in this region there are about 10 thousand militants of terrorist groups “dzhebhat an-Nusra” and “al-Qaeda” (banned in Russia).

Restoring Damascus’s control over the province, in fact, will be the end of large-scale military confrontation in Syria.

On 30 August the head of the Syrian foreign Minister Walid al-Muallem after talks with Minister of foreign Affairs of Russia Sergey Lavrov said that Syria will go to the end in the liberation of Idlib, regardless of cause whether Washington and its allies strike on the territory of the Republic, again accusing Damascus of using chemical weapons.

As reported on 25 August the Ministry of defence of the Russian Federation, in Idlib province with the active participation of British secret services fighters are preparing a dramatization of the use by government forces of chemical weapons against civilians. Provocation should serve as another reason for the application of the United States, Britain and France, missile-air attack on government and economic targets in Syria, have noted in Department.