The rating, which annually amount to experts, reflects the dependence of the availability of national segments of the Internet to failures in the work of the most important Telecom operators. Examines the 244 countries. 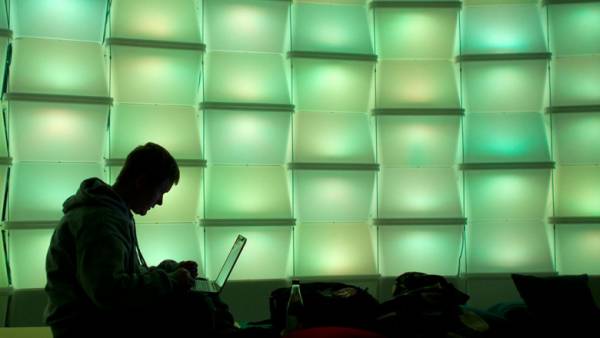 For each of the countries studied, they determined the percentage of the national segment of the global network, which lost contact with the rest of the world in case of malfunction or outage of the largest national service provider. On the basis of this indicator were assigned positions in the ranking.

Russia in it, as in the past year, took 13-th line. According to the authors, the loss of the Runet in a situation of failure of the largest national operator will be slightly more than five percent of the pool of IP address to use.

Leads the ranking of countries with the most stable Internet Germany. Compared to last year, the position of this country has changed.

Second place is Britain, the third — Brazil. In 2017, these lines were the Hong Kong and Switzerland. Now they occupy the 15th and 4th places respectively.

For the first time in the top 15 of the rankings were Singapore — he’s in fifth position. However, his left Luxembourg and Romania. “We can say that compared to last year its top 20 has changed slightly, — said Alexander Lyamin, founder and CEO of Qrator Labs. — If in 2017 the average percentage of networks that are losing global availability failure of one operator, it was 41 percent, in 2018 this figure decreased by 3 percent to approximately 38 percent.”

Countries with a high degree of fault tolerance, where failure of networks backbone network operators affects less than 10% of Autonomous systems in the region (in the ranking this year there were 30 such countries), in General, retained their positions. The telecommunications market in these countries has a high degree of diversification, and therefore, the entire national segment is more stable, says Lyamin.

Cyber threats are very real. Launching a DDoS attack with high power, tens and hundreds of gigabits / sec., attackers can cause the unavailability of the operator’s equipment or even the operator’s channels.head of Department system solutions Group-Anton Fishman

“Previously, such attacks were impossible, but with the advent of IoT botnets in the hands of the attacker were very serious and powerful infrastructure, that was exemplified in the infamous IoT botnet Mirai and many of his followers,” notes Anton Fishman, head of system solutions Group-IB, a specialist in information security, expert of the Institute for the development of the Internet.

While major operators such as “Rostelecom”, protected from such attacks of any strength, said Fishman.

For the attacks on operators from a technical point of view and the investment is much harder and more expensive than any, even a very large company, as operators provide access to the Internet for citizens and companies and have a wealth of data transfer channels.

Russia is entering the Internet via the UN

“The attackers must be very serious reasons for such attacks,” — emphasizes the expert.

In the future Russia can rise in the ranking of the stability of the national segments of the Internet, the authors of the research. But this must be fulfilled some conditions. These include reducing the administrative burden on Internet companies, the simplification of regulation and licensing regulations. “However, while Russia, unfortunately, is moving in the opposite direction: load is significantly increased, and negative trends in the domestic market can grow” — warns Alexander Lyamin.